EPA recently launched the new Multi-Sector General Permit (MSGP) to regulate industrial stormwater, but the already more-stringent state permits in California, Washington, and Oregon leave the MSGP a moot-point. Industrial stormwater permit holders in Idaho, however, will be subject to the new standards set out in the MSGP. Thus, the MSGP brings industries throughout the Western states a little closer to a level playing field with respect to stormwater management requirements.

The biggest changes in the MSGP permit are new effluent benchmarks, as well as stormwater monitoring requirements. While there is little difference between the state-level and MSGP effluent benchmarks, the consequences of exceeding the benchmarks make the state permits more onerous. And there’s good news to note about both the state and MSGP permits: they tend to favor controlling stormwater pollutants as opposed to treating them. The challenge comes when treatment becomes the only option to meet the prescribed benchmarks, as the permits’ corrective actions that lead to treatment are becoming more and more prescriptive and costly. 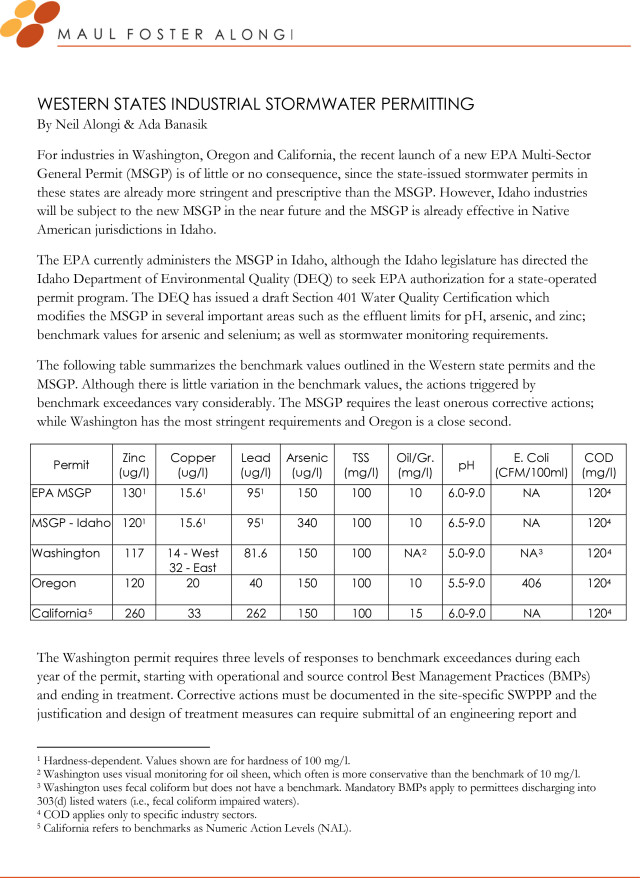