Wenatchee visitors will have a new and stylish place to stay, and the City will have a new revenue source via sales and lodging taxes, as a former brownfield transforms into a new hotel. The August 4th groundbreaking for construction of a new Hilton Garden Inn on a prime site in Wenatchee culminates many years of behind the scenes work to bring this forward-thinking project to fruition.

MFA played a critical role in facilitating a partnership among the City of Wenatchee, the Washington State Department of Ecology, and a private developer to redevelop a once City-owned brownfield into a Hilton Garden Inn. Located immediately adjacent to Riverfront Park, the 10-mile long Apple Capital Recreation Loop Trail, the Columbia River and the Pybus Public Market, the property is a short walk over a pedestrian bridge to the City’s historic downtown. Formerly used by the City’s public works department as an operations and maintenance facility, the site’s lingering environmental issues from historical uses, as well as a closed municipal landfill located under a portion of the property, prevented redevelopment.

To initiate redevelopment, the City obtained an Integrated Planning Grant from Ecology in 2010 that allowed for initial characterization of contamination and conducted an analysis of feasible redevelopment opportunities, the outcome of which recommended hotel development. Following completion of the redevelopment study, the City actively marketed the property while concurrently working with MFA and Ecology to address the environmental issues. This effort culminated the 2015 execution of a purchase and sale agreement for the property with a private developer. The City, with MFA’s assistance and Ecology’s concurrence, moved forward with construction of a protective cap over the existing contamination, enabling Ecology to issue a No Further Action determination for the site. The NFA determination was critical in the overall redevelopment process, as it enabled the developer to secure private financing for hotel construction. 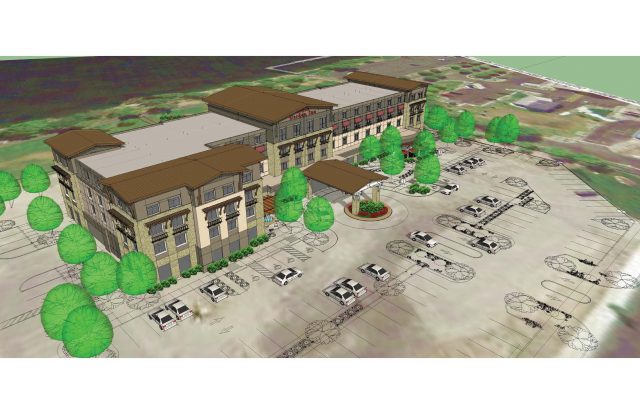