Turning a Blighted Property into a Community Asset

Tiger Oil was a Texas-based company with locations across the United States, including several in Yakima, Washington. This string of gas stations and accompanying mini marts ceased operations in the town in the early 2000s. One of the former gas stations became most notable for having several releases of petroleum products in the early 1980s, which resulted in approximately 20,000-gallons of gasoline contaminating surrounding soil, groundwater, and stormwater drains at the site and surrounding properties.

The site became a considerable environmental liability for the city, as remediation efforts through the previous property owner stalled due to disagreements regarding responsibility for cleanup of the contamination. The property sat vacant at a prime commercial corner of the city for a decade, attracting attention from vandals while remaining an environmental risk to the community and ultimately becoming an eyesore. That is, until the City of Yakima purchased the property in 2014 and partnered with Ecology to fund cleanup.

Maul Foster & Alongi, Inc. was brought in as a lead consultant on the cleanup efforts in 2015. We recently had the opportunity to get an update on the progress our team has made in the past four years from MFA geologist, Carolyn Wise. 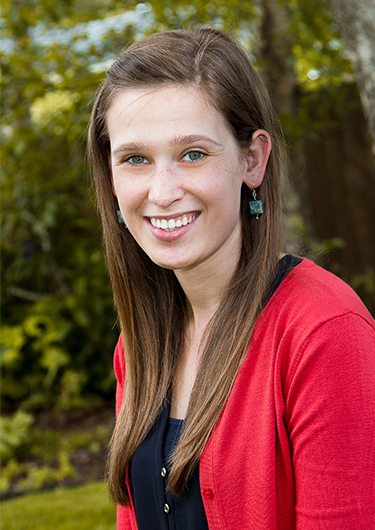 1. Can you tell me a little bit about MFA’s relationship with the Tiger Oil property?
We have played a big role in cleanup efforts of the legacy contamination at the site from former underground fuel storage and subsequent releases in the 1980s. Our remediation efforts have included the removal of soil, adding amended backfill containing an oxygen release compound to break down residual gasoline concentrations in soil and groundwater, and ongoing groundwater monitoring to ensure there are no further exposure risks remaining at the property.

2. How long have you been involved with the Tiger Oil project?
I have been interacting with the project site since May 2015. We had been performing quarterly monitoring on the site from 2015 to 2018 and now perform semi-annual monitoring of groundwater and soil gas to assess natural source zone depletion at the site.

3. What stands out to you about this project?
The strong partnership between Ecology and the City of Yakima. This partnership is focused on a collaborative effort to remediate a property in a highly visible location for the benefit of the community.
The weather in Yakima is also…unique! The city has temperatures around 100 degrees in the summertime, and 25 degrees in the winter. It is always an adventure trying to keep warm or cool while gathering samples from the site.

4. What are the next steps MFA will take at this site?
As far as next steps go, we will continue to ensure there are no remaining exposure risks at the property through indoor air sampling of nearby buildings and ongoing, semiannual monitoring of groundwater and soil gas. We have recently installed permanent soil gas sampling points on the property, so we can keep a close eye on whether our remediation efforts remain effective in the future, as the site is poised for future redevelopment.

5. What are the City of Yakima’s plans for the site?
We will continue to assist the city with paperwork and permitting for the site, but it is currently ready for sale. We have created a site management plan for the property, so plans for redevelopment can easily incorporate the needs for the remedy into their design. We will continue to perform semi-annual monitoring as contaminants in the groundwater break down in the controlled environment we have created. Sampling will indicate whether the site no longer poses risk to human health or the environment and allow the developer to take the property into its next stage of life as a community asset.

Interested in learning more about the Tiger Oil site and MFA’s efforts to restore it for beneficial use? Check out our project writeup for more technical detail. 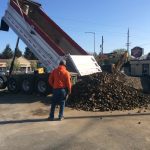 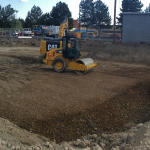 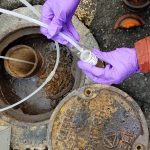 Sampling at the site