The Sedro-Woolley City Council has unanimously adopted the Subarea Plan for the Center for Innovation. This is the capstone of two years of planning for redevelopment of the former Northern State Hospital, a 225 acre former mental health facility that is listed on the National Register of Historic Places. 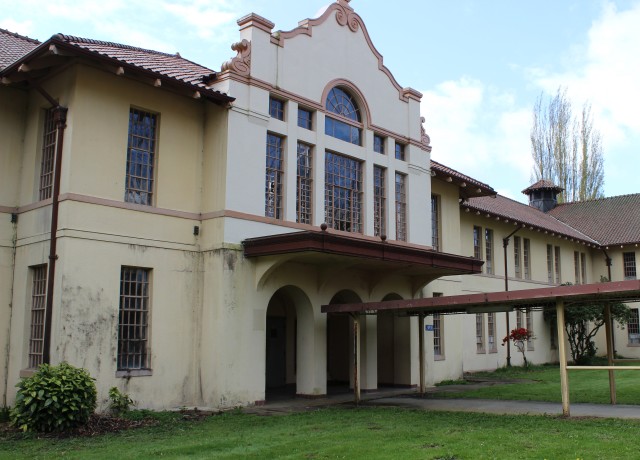 The vision for redevelopment is to create a campus that supports a mix of uses including research and development, education, hospitality, high tech manufacturing, and public open space. The Port of Skagit, City of Sedro-Woolley, and Skagit County have formed a partnership to lead this redevelopment effort. The planning process has opened the property up for new opportunities, including becoming the headquarters for Janicki Bioenergy, which has developed the Omniprocessor, a machine that actually turns raw sewage into drinking water and electricity. This technology has tremendous potential to improve sanitation in developing countries. Nearly 35% of the world’s population lack access to improved sanitation. The World Health Organization estimates that approximately 2 million deaths per year are attributable to unsafe water, sanitation, and hygiene.

Back here in the Washington State, an economic impact analysis of the Subarea Plan forecasts that full build out of the property over 20 years will include a total of 950,000 square feet of rehabilitated historic structures and new buildings. This development would support 2,850 direct jobs and 4,390 indirect jobs. The increased value and private investment is forecasted to generate $33 million in property taxes that benefit local and state government.

MFA has supported this landmark project by leading a multi-disciplinary team in preparing the Subarea Plan and a Planned Action Environmental Impact Statement.

To read the recently published news article on the work MFA is involved with at the Northern State Campus click here: http://www.goskagit.com/all_access/port-of-skagit-soon-to-control-most-of-northern-state/article_dd924c8c-4c22-58e3-a690-635152e477ad.html