It isn’t often that one has the opportunity to work on a project with unprecedented local community benefits as well as a game-changing global reach. The adaptive re-use of the historic Northern State Hospital campus in Sedro Woolley, Washington to become the future home of the Janicki Omniprocessor research and development center is just such a project.  MFA and all of our team members greatly appreciate being selected by the Port of Skagit to provide technical and strategic support to this exciting effort.

See details below in a recent press release issued by the client team:

New use proposed for portion of Northern State Hospital Campus

(Sedro-Woolley, WA) Officials at the Port of Skagit, City of Sedro-Woolley, and Skagit County today announced they are in early-stage discussions to develop a research and development campus for a highly-innovative water treatment plant and other new sanitation technologies at the historical Northern State Hospital campus in Sedro-Woolley.

Janicki Bioenergy and founders Susan and Peter Janicki seek a site for the continued development of a trailblazing technology called the OmniProcessor (OP). The purpose of the OP is to eliminate sewage sludge, while making ultra-clean water and electricity in a way that is profitable, and that has the potential to improve the lives of millions of people in developing countries.

“Diseases carried by unsanitary drinking water kills 700,000 children under five each year, and sicken many, many more,” said Peter Janicki, citing figures from the World Health Organization. “But typical Western-style water sanitation solutions are just too expensive for developing countries to own and operate. And that’s where the OP can have such an incredible, life-saving impact. In the past month or so, we’ve been contacted by over 50 countries around the world that are interested in purchasing one or more of our processors. We are very eager to get to work.”

The OP has the support of Bill Gates himself, who last month touted its potential on his blog and recently promoted it on the Tonight Show with Jimmy Fallon. With funding from the Bill & Melinda Gates Foundation, Janicki Bioenergy will hire an additional 65 employees by the end of 2015, and plans to grow to an estimated 1,000 employees in assembly, research and green technology within five years, all at family wage salaries, according to Janicki, who said many other innovative sanitation and energy technologies will be developed and deployed by Janicki Bioenergy in the future.

The Northern State Hospital site, which was designed by the renowned Olmsted Brothers landscape architecture firm and is listed on the National Registry of Historic Places, has been underutilized since the hospital closed in 1973. The site is currently managed by the Washington State Department of Enterprise Services, the agency responsible for the property. In January of 2014, well before the Janicki proposal came forward, the City, the Port and the County entered into an inter-local agreement to assess the potential for acquisition or long term lease and redevelopment of the campus to increase economic opportunities for the Skagit Valley and surrounding region while retaining the Olmstead vision of the site. A memorandum of intent between the local parties and the state may be finalized as soon as April 2015. The memorandum of intent will describe options for transferring the property to local control via a long term lease, management agreement, or transfer.

An agreement between the local parties and Janicki Bioenergy, which seeks to break ground by the end of 2015, would require an acceleration of that timetable. Local officials have expressed their support for pursuing the necessary acceleration with state officials. Janicki Bioenergy proposes to utilize the Northern State campus site to create a fully integrated technology development and manufacturing campus, consistent with local officials’ goal of preserving the site’s original Olmstead design. As envisioned, the technology campus may be able to utilize renovated existing historic buildings to accommodate training facilities, meeting and conference space, short-term housing for visitors and those attending training classes, offices, research and interpretive space.

“It’s just a tremendously exciting possibility,” said City of Sedro-Woolley Mayor Mike Anderson “We’re still in very early stages of this process, but this proposal, if it moves forward, has the potential to create upwards of a thousand family-wage jobs in Sedro-Woolley. It’d be an absolute boon for the local economy.”

“We’ve been strongly engaged in thinking through new uses for the Northern State Hospital site for two years now, including some very well-attended public meetings this past summer and fall,” said Port of Skagit Commissioner Bill Shuler, president of the commission. “We’ve identified a number of shared goals, including job creation, public recreational use and access, protection of the environment, and preservation of the historic and natural significance of the site. I believe the proposal from Janicki has the unique potential to achieve each of these goals and truly revitalize the area.”

“We have the chance to help a homegrown company generate local jobs in support of humanitarianism, health and environmental stewardship – on a historic site that hasn’t been in operation for forty years,” said Skagit County Commissioner Ken Dahlstedt. “Seems like the kind of once-in-a-lifetime opportunity other regions would be overjoyed to come their way. We’re overjoyed too, and are ready to do what we can to make this happen.”

“I’m excited about having some new opportunities for use of the Northern State campus, which still resonates strongly with our community,” said state Sen. Kirk Pearson, R-Monroe, prime sponsor of Senate Bill 5887 to grant the Department of Enterprise Services the authority to pursue a long-term arrangement with the Port of Skagit for the Northern State Hospital campus. “It’s been a local employer going back a century. It’s surrounded by a rich natural environment. We can honor this history and these values by building a world-class green technology center to create local jobs, while helping improve the health of millions of people across the globe.”

Protecting the natural environment and maintaining the community’s access to the adjacent park are of the highest priority as the feasibility of accommodating future innovation with the unique ambience of the greater campus area is studied, local officials say. This project will not affect the neighboring recreational land, owned by Skagit County.

“The Port of Skagit, the City of Sedro-Woolley and Skagit County have made great progress in their joint efforts to accommodate the community’s interests and goals for the future use of the Northern State Hospital campus,” said Department of Enterprise Services Director Chris Liu. “We look forward to evaluating the proposal in a timely manner on behalf of the state of Washington. The proposal demonstrates the importance of working in close collaboration with our community partners.”

Janicki Bioenergy has also vetted a site in Utah for assembling the OmniProcessor, but Janicki, a Sedro Woolley native, said that the company prefers the Northern State campus if its timetable can be met. Janicki Bioenergy seeks a decision from state officials this spring.

The 2015 Legislative Session is scheduled to adjourn on April 27. 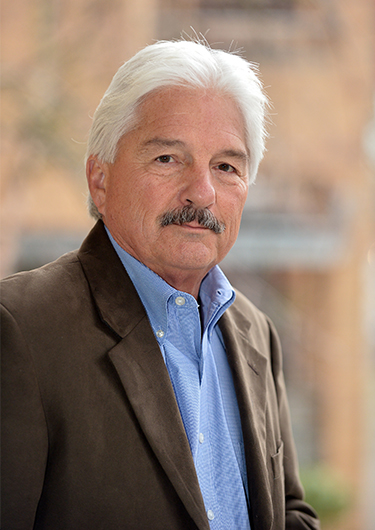