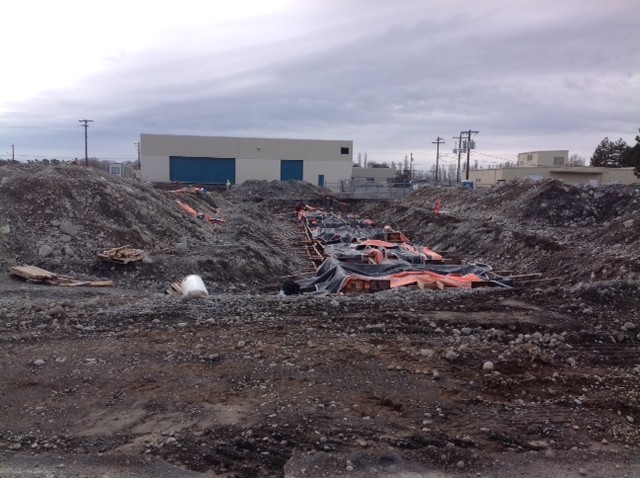 in rural communities throughout the Pacific Northwest. A recent example is MFA’s support of the Port of Moses Lake, Washington, in facilitating the creation of 150 engineering jobs through construction of a 65,000-square-foot flight test hangar at the port-operated Grant County International Airport.

As reported in the February 6, 2015, issue of the Puget Sound Business Journal, Mitsubishi Aircraft Corp., in partnership with Seattle-based flight-test consultancy AeroTEC LLC, is building the test hangar for Mitsubishi’s MRJ regional jet. MFA supported the project through development of worker protection and material management plans to address potential soil contamination within the footprint of the proposed hangar; the contamination likely originated from the site’s operation as Larson Air Force Base. The plans have proved crucial in meeting construction lending requirements for the project, which Washington Governor Jay Inslee characterized as “a great step for broadening aerospace” in the state.